France is one of the largest producers and consumers of electricity both in Europe and the world, making the country a major player in the energy sector. Several former state enterprises have become true multinationals (EDF, Engie, Total) while new energy companies are growing rapidly in the domestic market (Total Direct Energie, Ilek, Planete Oui among others).

Starting Energy Service in France?Our English-speaking advisors are available at 09 87 67 37 93 Monday through Friday from 8:30 am to 8 pm and Saturday from 9:30 am to 6 pm to help you set up your energy service with a supplier that meets your needs. You can also get a free callback or send us an email.

The energy sector in France includes primary energy production and importation, transformation of primary energy into secondary energy, and transportation to the end-use consumer. From 2015-2017 statistics, to how the French energy market works in France, our guide provides a comprehensive introduction to energy in France.

The average annual residential electricity consumption for a household in France in 2015. Total French energy consumption in 2015 was 475.4 TWh.

The share of nuclear power in total electricity production in France in 2018. France is the second-largest nuclear electricity producer, after the United States. Hydropower comes in second, contributing about 10.8% to the French energy mix.

Total French energy production in France. France is a net energy exporter and exported 61 TWh electricity to neighbouring countries in Europe in 2015 (including Italy, the UK, Switzerland, Spain, Germany, and Belgium).

Range of average annual electricity costs for a household in France, depending on the choice of energy supplier.

The French energy mix is dominated by nuclear power, which provides about three-quarters of its electricity.

France is also relatively well-endowed with hydropower, with about 23.5 MW installed capacity. Find out more about renewable energy in France.

Energy in France: How it works

The French electricity and natural gas markets have been open to competition for residential customers since 2007. While historic suppliers EDF and Engie (formerly GDF Suez) remain the major actors, over a dozen energy suppliers offer electricity and/or gas across France (including Total Direct Energie, Planete Oui, eni, and others).

Residential customers have to open an account with a supplier in order to receive service for electricity and/or gas. Throughout most of France – with the exception of certain cities/towns – customers have a choice of supplier (it is not required to start initial service with the historic supplier).

While customers have a choice of energy supplier, the energy distribution networks remain a monopoly. The network grid operators (ERDF for electricity, GRDF for gas) are responsible for operating and maintaining the energy delivery infrastructure, responding to interruptions, and installing new energy service. 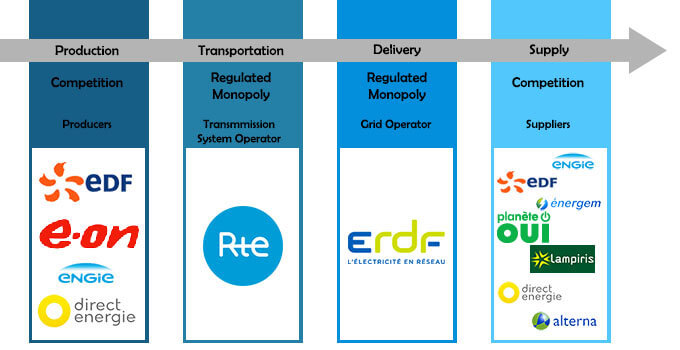 Électricité Réseau Distribution France, or ERDF, is the power grid operator for 95% of France. It is a subsidiary of historic electricity supplier EDF, and has two main responsibilities:

You can find out more about ERDF in our guide to energy grid operators in France.

Réseau de Transport d'Électricité (RTE) is the electricity transmission operator of France and is also a subsidiary of EDF. It is responsible for operating and maintaining the high-voltage power transmission system in France, and its activities (including its fees for service) are overseen by French public authorities.

In some parts of France, electricity delivery and supply is still provided by local distribution companies, known as entreprises locales de distribution, or ELD. Customer choice for energy supply is not an option in these areas.  There are over 100 ELD in France, including some in major cities (such as Grenoble or Metz).

The historic electricity supplier in France, EDF remains the biggest actor on the energy supply market, with over 26 million customers in France. EDF is the only electricity supplier allowed to sell regulated electricity rates – known as the Tarif Bleu. However, many alternate suppliers offer rates that area guaranteed cheaper than the tariffs reglementés.

Want to Start Electricity Service with EDF?Our English-speaking advisors are available Monday through Friday from 8:30 am to 8 pm and Saturday from 9:30 am to 6 pm to help you open an electricity account in your name with an energy supplier that offers lower rates than the EDF regulated tariffs: just call us at 09 87 67 37 93, or get a free callback

The natural gas market in France has the same structure as that of the electricity market, with one actor that delivers energy (in this case, the GRDF) and about a dozen suppliers operating in a competitive market.

The Gaz Réseau Distribution France is responsible for operating the natural gas delivery network infrastructure throughout much of France. A subsidiary of Engie (formerly GDF Suez), it has two primary missions:

You can find out more about GRDF on our dedicated page.

Engie, formerly known as GDF Suez, is the historic supplier for natural gas throughout most of France. The company changed its name in 2015. Engie sells the regulated rate for gas through the name brand GDF Suez. As is the case with electricity, many alternate suppliers offer lower rates than the regulated tariffs.

Find out more about Engie

Find out more about other French energy suppliers

Like RTE for electricity, GRTgas manages the gas transmission system. It is a subsidiary of Engie (formerly GDF Suez).

Entreprises locales de distribution are local energy distribution companies that provide service for natural gas in some areas of France (including larger towns such as Bordeaux). Customers in these areas do not have a choice of energy supplier for their natural gas. Find out more about ELDs in our guide to energy delivery companies in France.

Though changing, French energy policy has been shaped by four main priorities : 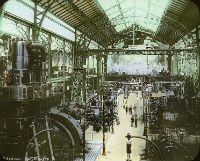 Electricity in France dates back to the end of the 19th century when cities such as Paris and Grenoble received electric lighting. The French were early adopters of technology using electricity: the town of Bourganeuf-en-Creuse was the first town in Europe to inaugurate city-wide electric street lighting with a production site that was not in the same spot as the point of consumption. Electricity production and consumption developed at the local level, with local distribution companies that provided exclusive service within their service area. Initially limited to urban areas, most rural parts of France became connected to electricity during the Interwar period. 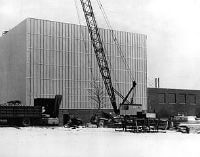 In 1946, the Conseil National de la Résistance decided to nationalize various local distribution companies to create a single electric utility, Electricité de France (EDF). This allowed the French government to play a more direct role in developing France's energy infrastructure and fell within its centralized approach to post-war reconstruction and development. Hydropower development, which had begun pre-war, was accelerated, along with coal power plant construction. A similar entity for natural gas, Gaz de France (GDF) was also created in 1946.

1970s Oil Crises and the Rise of Nuclear Power

While France had already begun investing in nuclear energy starting in the 1950s, nuclear development accelerated rapidly in the 1970s. Lacking large reserves of natural resources, France relied heavily on foreign imports for its energy supply throughout the first half of the 20th century. However, the 1973 oil crisis exposed the fragility of France’s dependency on foreign energy, and the French government saw nuclear power as an achievable means of developing energy self-sufficiency. This goal was largely successful; France’s energy independence increased from 22.7% in 1973 to about 50% in 2015. With 58 nuclear reactors and about 63 GW installed capacity, nuclear power now accounts for approximately 75% of the French energy mix.

The 2000s and Opening to Competition 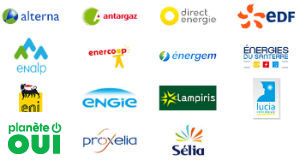 The liberalisation of energy markets falls into the wider European plan of free movement of goods, services and people, and European directives for energy market competition began in the late 1990s. Industrial customers were able to choose their suppliers in 1999, which was followed by small and medium enterprises in 2004. The residential energy market opened to competition in 2007.

Opening energy markets to the competition brought residential customers a great deal of choice, including:

While the strong presence of nuclear power in its energy mix allows France to enjoy the status of one of the least CO2-intensive industrialized economies, some would argue that its reliance on nuclear has slowed the development of renewables. The majority of France’s renewable energy comes from hydropower stations built in the 1950s; other renewables (solar, wind, biomass) combined currently only represent about 6% of the French energy mix.

France is also behind on the commitments it made for the Europe 2020 “low carbon economy” strategy. Despite pledging to have a 23% share of renewables in its energy mix by 2020, France only realized 29% of its renewable target between 2005 and 2012. Unsurprisingly, all things considered, France fell from 11th to 16th in the European ranking of renewables in the energy mix between 2005 and 2014.

However, there are some signs that France is ready to ramp up progress on renewables. In July 2015 the French government adopted an energy transition law that, among other things, aims to: