Compare, subscribe and save on your electricity and gas plans with Selectra!
Contact our English helpline at [email protected] or:

Our English-speaking advisors will help you compare, subscribe and save on your electricity and gas plans at [email protected]. You can contact us also:

Come straight from Austria, SmartFlower is a revolutionary photovoltaic solar installation that can improve electricity production by 40% compared to conventional solar roof installations. Thanks to its unique and ingenious flower-shaped design, the SmartFlower’s solar panels rotate in order to follow the sun throughout the day. All the details about this product can be found below.

When the SmartFlower appeared on the French market in 2014, it was distributed by EDF’s subsidiary dedicated to photovoltaic electricity and renewable energies called EDF ENR. It came as a true revolution in the world of solar panels because of its unique and imposing flower-shaped solar panels. But what exactly makes this product so special?

SmartFlower is a smart and autonomous system designed to produce photovoltaic solar energy. Standing at a height of 5 meters (16.4ft), this “solar flower” takes its inspiration from mother nature, as it rotates throughout the day in the same way as sunflower petals do. Thanks to this, the sun-tracking solar flower can produce 40% more electricity than what could conventional solar panels.

SmartFlower Energy Technology, the Austrian company which designed this smart product, did so in an effort to face the issues encountered by solar panels. Indeed, these always require to be oriented fully South, their levels of production vary dramatically depending on the time of day, and often face losses in efficiency due to the fouling of photovoltaic surfaces. The SmartFlower had the ambition to tackle all these problems, which often cause solar panels to be criticised.

SmartFlower’s main characteristics are the following:

The SmartFlower has 12 photovoltaic petals, each one a combination of 40 monocrystalline photovoltaic cells. At its peak power of 2,50 kWc, it will be able to produce between 3,800 kWh and 6,200 kWh per year (depending on the region and sun exposure).

Additionally, the SmartFlower can work in virtually any climate, as it can work at any between -20°C and 50°C. It will this be usable anywhere in France, at any time of year.

Getting to know the different SmartFlower models

The first model introduced was SmartFlower POP. With its power of 2.31 kWc for 700 kg and a diameter of 4.8 meters, the SmartFlower POP promised to increase energy production by 40%, which is equivalent to between 3,400 kWh and 6,200 kWh yearly, depending on location. It came in 8 colours: cream, fuchsia, emerald, turquoise, ocean, lavender, aluminium and safran.

Since the Austrian company SmartFlower Energy went bankrupt, it is no longer purchasable in Europe. This said, an equivalent model simply named “SmartFlower” is still commercialised in the US. This model is very similar to the POP version, aside it being slightly more powerful (205 kWc) and available in fewer colours (white, grey, green and blue).

The SmartFlower POP+ had the specificity of integrating a domestic storage battery in its base. This allowed any extra produced solar electricity to be stored during the day for later use.

Using a SmartFlower to charge an electric car 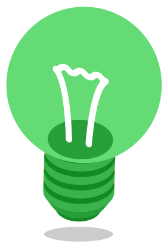 This was made possible thanks to the SmartFlower POP-e, a model which came with a power station for electric cars integrated into its base.

With a production capacity equivalent to that of the SmartFlower POP and POP+, this model had a 22 kWv AC load output, allowing it to function as a charger for electric cars. The SmartFlower POP-e was targeted at private individuals but also shopping centre car parks, companies, local authorities…

Currently, this model is also unavailable across Europe and the US.

Both the SmartFlower and SmartFlower +Plus remain available on the US market, in four different colours: white, grey, green and blue.

How much energy can a SmartFlower produce?

Depending on location, a SmartFlower can produce 3,800 to 6,200 kWh of solar electricity per year - which is around 40% more than compared to what conventional solar panels produce.

A SmartFlower can provide between 9 and 18 kWh of electricity per day at its peak - enough to charge a smartphone 2,424 times, drive 100 km in an electric car or even watch 360 hours of TV.

A household’s consumption of electricity depends on which heating method and installations it uses: electrical appliances, swimming pool, electric car... You can get an estimate of your annual consumption by looking at the average energy consumption in France, depending on your consumption profile.

A SmartFlower can deliver enough energy to ensure electric self-consumption of a family of 4, excluding heating and hot water. Such a household living in a 100m2 house should easily fulfil its electricity needs (around 2,500 kWh/year) if it uses natural gas for heating and cooking, and owns a SmartFlower +Plus.

However, a SmartFlower’s production would not meet this same family’s needs (over 17,000 kWh per year) if the family relies on an all-electric installation. It is thus important to make a careful estimate of your annual electricity consumption before purchasing a SmartFlower. 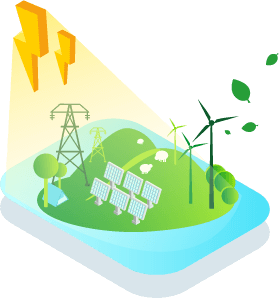 Similarly to a conventional solar panel, a SmartFlower will likely produce more than enough solar energy for a private individual. If so, the consumer can sell this energy surplus, either to EDF or to a supplier offering the repurchase of solar energy, like eKwateur. SmartFlower owners have a choice: either selling the entire solar production, or only the surplus. The repurchase price will vary depending on which of these two options is chosen.

If all electricity production is sold, and depending on annual production, a SmartFlower could theoretically earn its owner between 460€ (for 3,800 kWh) and 750€ (for 6,200 kWh) per year.

To whom can I sell my SmartFlower solar energy? Since the SmartFlower is no longer marketed by EDF ENR in France, all electricity produced by the product can be resold to other energy suppliers, such as eKwateur or Ilek.

How much does a SmartFlower cost?

Indeed, a SmartFlower comes at a cost of between 15,000 and 23,000€, before tax. Additionally, even if reselling part or all of the produced solar electricity to EDF or another energy supplier, savings will be slow to appear. Self-consumption implies a long return on investment, often over several decades.

As a result, the SmartFlower is not affordable to all households, even though these devices are eligible for financial aid from the State to fund solar installations. The product still managed to seduce over 300 businesses, local authorities and private individuals by the end of 2017.

The future of SmartFlower in France

In November 2017, the Austrian company SmartFlower Energy Technology GmbH was declared bankrupt, having accumulated over 5.2 million euros of debt. The firm owed money to 20 creditors and had not been able to become profitable through its sales in Europe, which led the SmartFlower to be discontinued across the continent.

But thankfully, SmartFlower Solar LLC has acquired most of the assets of Smartflower Energy Technology GmbH from its insolvency administrator, and because of this Smartflower is now actively available in Europe. The production of units has resumed in its original facility in Austria and what's more active European employees and dealers are continuing to expand SmartFlower’s presence across the continent.

As for the company’s US division, SmartFlower Solar is also getting on quite well (CEO of the division Jim Gordon owns all the SmartFlower intellectual property rights for the American continent, which makes SmartFlower Solar completely independent of its European counterpart).