Our Selectra English-speaking advisors can help you find the TV plan right for you.
(French IBANs only)

Our call center is currently closed. Ask to be called back for free and one of our specialist advisers will contact you as soon as possible.

Are you an SFR customer and want to know more about your television options in France? Find out about all of the TV channels offered by SFR here. 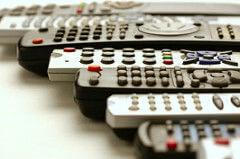 In addition to the channels included in its standard "triple play" package offer (internet, television, fixed telephone lines), SFR offers many TV channel add-ons. They can be grouped into four main categories.

Depending on the eligibility of your connection, SFR can offer either the Box THD (Très Haut Débit - Very High Debit), which relies on the Numericable network or the Fibre de SFR, on its own network. The ADSL/VDSL version of the Box de SFR and the Fibre de SFR in FTTH include the SFR TV package ("bouquet de SFR") and services. There are four versions of the bouquet SFR TV (SFR TV package), depending on the offer for which you have signed up: the SFR TV by SFR package, the SFR News + SFR Sport option, the SFR Play package, or the SFR Play Premium option.

The TV package options for the Box Fibre en FTTLA are slightly different and include one of the Numericable TV packages: SFR TV by Numericable. However, this package includes the TV bouquet options RMC Sport (ex SFR Sport), SFR News, SFR Play and SFR Premium.

In total, SFR proposes 8 TV packages in function with the eligibility of the line and service quality:

Find out all about how to get access to Sports on TV in France with channels such as beIN, RMC Sport, Eurosport and CANAL + in this dedicated article.

SFR TV includes up to 280 TV channels touching all subjects: general, music, cinema, news/documentary, youth, etc. For any more information, you can get in touch with SFR - check out how to contact SFR on this page.

The TV by SFR package

Included with all SFR "triple play" (internet, fixed-line, television) on its own ADSL/VDSL or Fibre FTTH networks, the SFR TV by SFR features 200 channels:

The SFR Play Premium includes all of the channels of the packages mentioned above and adds 40, making for a total of 280 TV channels. This is the most complete SFR TV package, includes the OCS and Ciné+ channels, and is available for SFR Premium offers with a FFTH or ADSL connection.

As is the case with many operators, SFR offers a wide range of TV channels available for an additional monthly fee. Their options can be classified into two main categories: thematic packages and international packages.

While SFR offers many different thematic packages, the 5 most-popular packages are the "bouquet Stars".

Like the other major operators in France, SFR offers the bouquet BeIN Sports, available at 14.99€/month. It includes the channels beIN sports 1, beIN sports 2, beIN sports 3 and beIN sports Max 4 to 10.

OCS Go is also available online on the OCS website, as well as on smartphones and tablets via the OCS Go app (up to 1 computer, 1 tablet and 1 smartphone per OCS subscription).

SFR offers no less than 11 TV packages with channels from European countries.

The bouquet TV Espagnol is available at 5€/month and includes 6 Spanish-language channels:

Channel 1 Russia and Euronews russe are available on their own for 1€/month.

SFR offers no fewer than 8 packages from Arabic-speaking/Mediterranean countries.

At 14.90€/month, the bouquet Arabe Privilège includes all of the previously-mentioned channels, along with several cinema/sports channels in Arabic:

The bouquet Africain Découverte is available at 7.50€/month and offers 11 national channels:

With the bouquet Africain Privilège and for an additional 5€/month, you can have access to VOD Films d'Afrique and Nollywood TV Repl.

The bouquet Océan Indien is available at 6.90€/month and provides access to the national TV channels for Madagascar and the Comores: ORTC (channel 586) and TVM (channel 587).

The bouquet Chinois is offered at 8.88€/month and includes 12 Chinese TV channels:

The bouquet japonais JSTV is considerably more expensive than most TV packages, at 49€/month and includes JSTV1 (channel 717) and JSTV2 (channel 718).

There are 5 channels available in the bouquet indien (9.99€/month):

SFR has 4 packages that cover Hispanic language TV from the Americas.

Trace Tropical is available for 2.50€/month on demand.

CanalSat is divided into two offers: 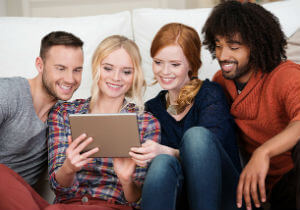 Keep in mind that some TV channels can only be watched on the Box de SFR wifi network.