Dégroupage Explained: What it is, and how it affects your Internet and mobile phone options 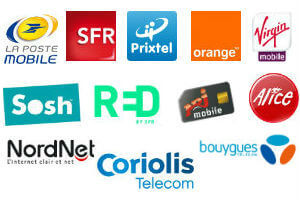 In order to increase competition amongst providers when the market deregulated, alternate providers were granted access to these lines - a regulatory process known as dégroupage ("unbundling"). Dégroupage refers to what's known in English as "Local Loop Unbundling" (LLU), which allows all telecommunications providers in a certain area to provide service by allowing them all access to the physical phone lines.

In France there are three possibilities for the status of dégroupage in your area:

In zones totalement dégroupées, telecommunications providers can develop their own broadband network software and provide a full range of services to all consumers within the area. This applies to mobile phones, the Internet, television, etcetera. Internet connection in unbundled areas is higher speed and cheaper, and 4G for mobile phones is often available.

Luckily, most of the population in France is in these zones totalement dégroupées, especially in major urban areas (Paris, Lyon, Marseille, Bordeaux, Lille, etcetera), meaning that if you are moving to a city or major town in France, you should be eligible for the most competitive deals available for your mobile phone and Internet plan.

Did You Know?"Alternate" (i.e. all providers except for Orange) telecommunications operators provide telephone service in unbundled areas via VOIP (Voice Over Internet Protocol). This allows them to provide fixed-line telephone service without having to rent access to Orange's physical infrastructure. 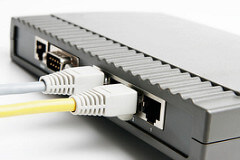 Package offers (mobile phone + Internet + fixed telephone line) may be less competitive in these areas, as providers may charge an additional subscription fee on top of what Orange charges for telephone service.

In some parts of France - mostly rural areas - Orange still has ownership rights over the telecommunications infrastructure. In these areas, other providers must pay Orange for access to the telephone lines and broadband software. Internet speeds are slower in these "bundled" zones (zones non-dégroupées), and prices are generally higher (as they include the cost of the Orange subscription). Most providers cannot offer the same range of services as they can in unbundled areas, such as television or video on demand (VOD). In some cases, it may even be cheaper to connect to the Internet via satellite in these zones. You can always check how fast your connection is by taking our instant and free Internet speed test.

Fortunately, these zones non-dégroupées are increasingly rare and are quickly becoming a thing of the past.

What Kind of Zone am I living in?

Finding out in which type of zone you live is straightforward: simply call an Internet services provider or a comparison service and tell them your address (including postal code) and/or (fixed line) phone number.